Today, Thursday is LAW SCHOOL ADMISSIONS (Part 2) of our Law Series and Friday - ARE YOU CAREER READY?  LINK here to Handshake 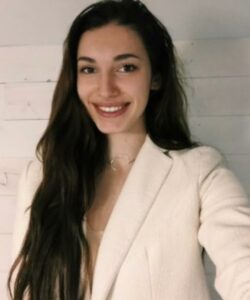 At Washington College, Cassidy was a member of the Women’s Basketball Team and an Athletic Communications Assistant.

Networking played a large role in landing the job that I have today. My cousin works as a sales executive at the company but for a different territory. The territory leaders all know each other, and she had worked with my boss in the past. On my interview when I brought up who my cousin was my boss immediately lightened up and the mood shifted. It made the interview less stressful and conversational. Having a personal network that can vouch for your character and ability really puts you a step above your competition.

Located at the Rebecca Corbin Loree Center in the heart of campus, the Center for Career Development is between Goldstein and Bunting halls.
300 Washington Ave
Chestertown, MD 21620